Activities of daily living are essential and routine tasks that are required for managing one’s basic physical needs. Limited ability to perform these activities may lead to increased risk of injury and decreased quality of life.

The importance of your hip joint

While activities of daily living require proper functioning of many muscle groups, normal hip range of motion and strength are most important for many daily activities. The hip joint serves as a connection between the upper body and the lower body meaning that it plays an important role in optimal functioning of the entire lower body. While certain joints in the body allow for simple flexion/extension movement patterns, the hip joint allows for movement in many directions including adduction, abduction, internal rotation, external rotation, flexion, and extension (see figure 1). 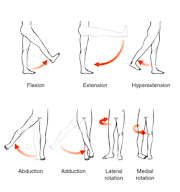 As seen in figure 1, hip extension refers to the ability to fully lengthen the front of the hip joint and move the leg backwards.

While hip range of motion in all directions is important, hip extension is especially important for fundamental skills such as walking, climbing stairs, and moving from sitting to standing. Although hip extension involves the proper functioning of many muscles, the gluteus maximus muscle is one of the primary hip extensors meaning that it plays an important role in moving the leg backwards.

How The Gluteus Maximus Muscle works

The gluteus maximus muscle, as seen in figure 2, occupies a large area meaning that it is able to generate a great deal of force if properly activated. 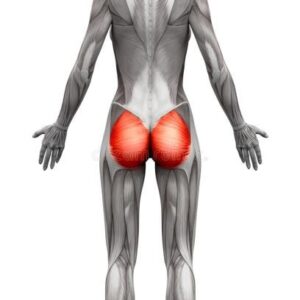 What are the best glute exercises for growth? 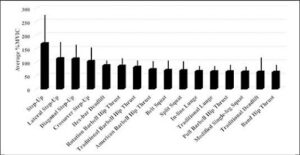 While the step-up might appear simple at first glance and part of daily functioning, the single-leg movement requires a great deal of joint stabilization making it a difficult exercise to perform properly.

What is the best exercise to engage your glutes?

Although the literature supports the step up as the best exercise for maximal gluteus maximus activation, as previously mentioned, this exercise requires a great deal of stability in order to safely execute the exercise and maximize its benefits. Physiotherapists are trained in injury and movement assessment and can help you break down movement and determine the best exercises for you. Come visit our team of health care professionals at Advantage Sports medicine for an assessment and to get back to doing what you love.